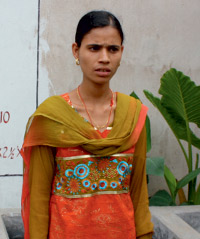 Miss Pankajini Pradhan is a graduate girl belongs to Landijhari village of Barkote Block. After completion of B.A., she became interested for self-employment. Coming contact with the Local FEO, Barkote she came to know about ornamental pisciculture and planned to take it as an employment opportunity. ATMA, Deogarh helped her in getting training from CIFA, Kaushalyaganga on ornamental fish rearing, production and management. Getting the know-how she started rearing red molly, black molly, angel fish, gold fish etc. Scientists of CIFA and KVK, Deogarh took steps in popularising the new vocation in the village by conducting awareness camps. Now most of the households of Landijhari have an ornamental fish tank. She is selling each fish in 30 to 50 rupees. Businessmen of Rourkela, Angul, Keonjhar and Deogarh while going in NH-6, purchase ornamental fishes from her village.

Ms.Pradhan, has got Rs.50,000/- annually from selling these fishes and aquarium. 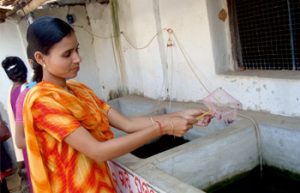 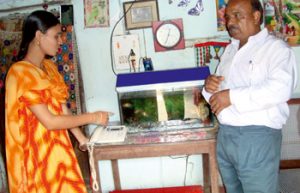