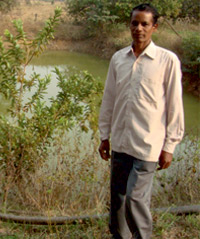 No less income from upland

Piter Minj is a tribal farmer of Bangalimunda village of Tileibani block. His 10 acres of paternal property was quite unproductive. Only rice and green gram were cultivated there. His strong will power led him to prosperity. He started contacting line department Officers and KVK scientists, became aware on facilities given by Govt. under various schemes and started implementing in his own land. He reclaimed his acidic soil using PMS. The unbonded barren uplands were cultivated by HYV pigeon pea and groundnut in 2:6 ratio using gypsum and biofertiliser. The water logged small rice field was converted to a pond where composite pisciculture started. The uncultivated land filled up with mango and custard apple cultivation where green gram and horse gram were taken as intercrops. He established a vermi compost unit, the manure of which was utilised for production of quality seasonal vegetables. He started rearing banaraja breeds of poultry and the farm is now existing with more than 60 birds. The backyard of the house covered with drumstick, lemon, papaya, guava like fruit plants. Now sitting in his house he is earning more than sixty thousand annually.

The farmers club established under his leadership in Bangalimunda is a light bearer to all the scheduled tribe farmers of the locality. 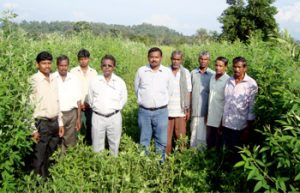 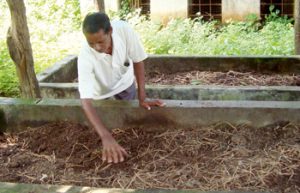